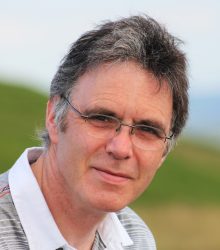 This blog was set up by Alistair Warwick in June 2015, following a long struggle trying to think about the kind of things I could possibly write about.

A wise person once wrote, “Everyone is an expert in something”. So I’m writing this in case anyone wants to read it.

And as you’re reading it, then I guess you’re pretty unique. 🙂

I have many years’ experience of working with musicians of very different skill levels and styles. For many of those years, I’ve worked for the Royal School of Church Music (RSCM), mainly in education (Voice for Life and Sacred Music Studies) but also in the voluntary section, supporting its work in Scotland.

Church music experience includes 10 years as Director of Music at Arundel Cathedral, where I started the children’s choir, before supporting smaller churches. I am currently (since 2012) Director of Music at Holy Trinity Scottish Episcopal Church, in the centre of Stirling.

Music in the Community

Since 2009 I have been Conductor of Stirling University Choir, bringing a wide range of music to student and staff members of the University, as well as a sizeable contingent of members from the community. I have worked with other choirs, including Rosenethe Singers, the Gargunnock Songsters and the Stirling City Choir.

Since 1992, I’ve worked as a freelance music engraver/typesetter for The Art of Music. Projects (1000s of pages) include:

We live in our eco-house in Dunblane, Scotland, with fond memories of Ceilidh Muppet, our lovely wee Westie.